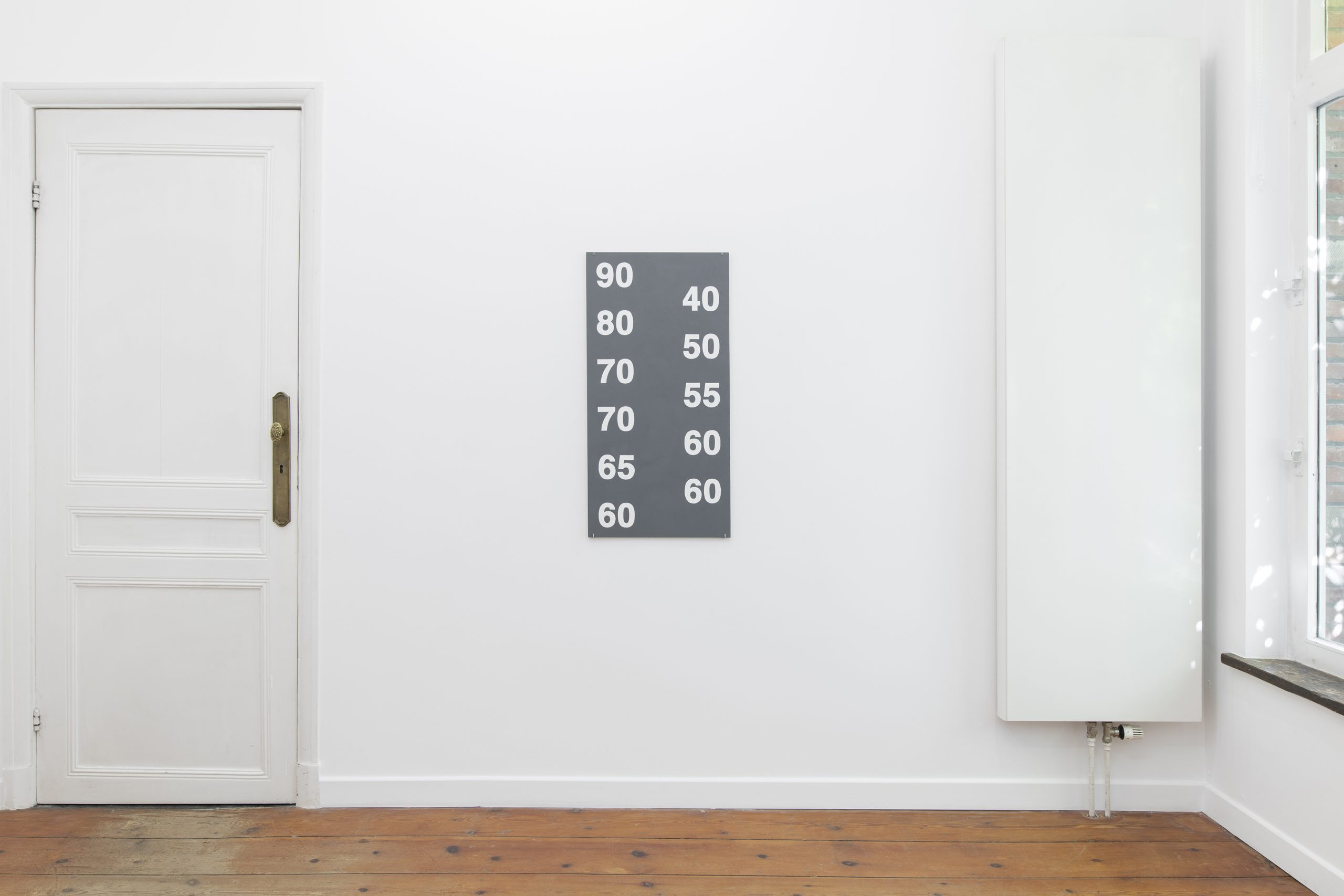 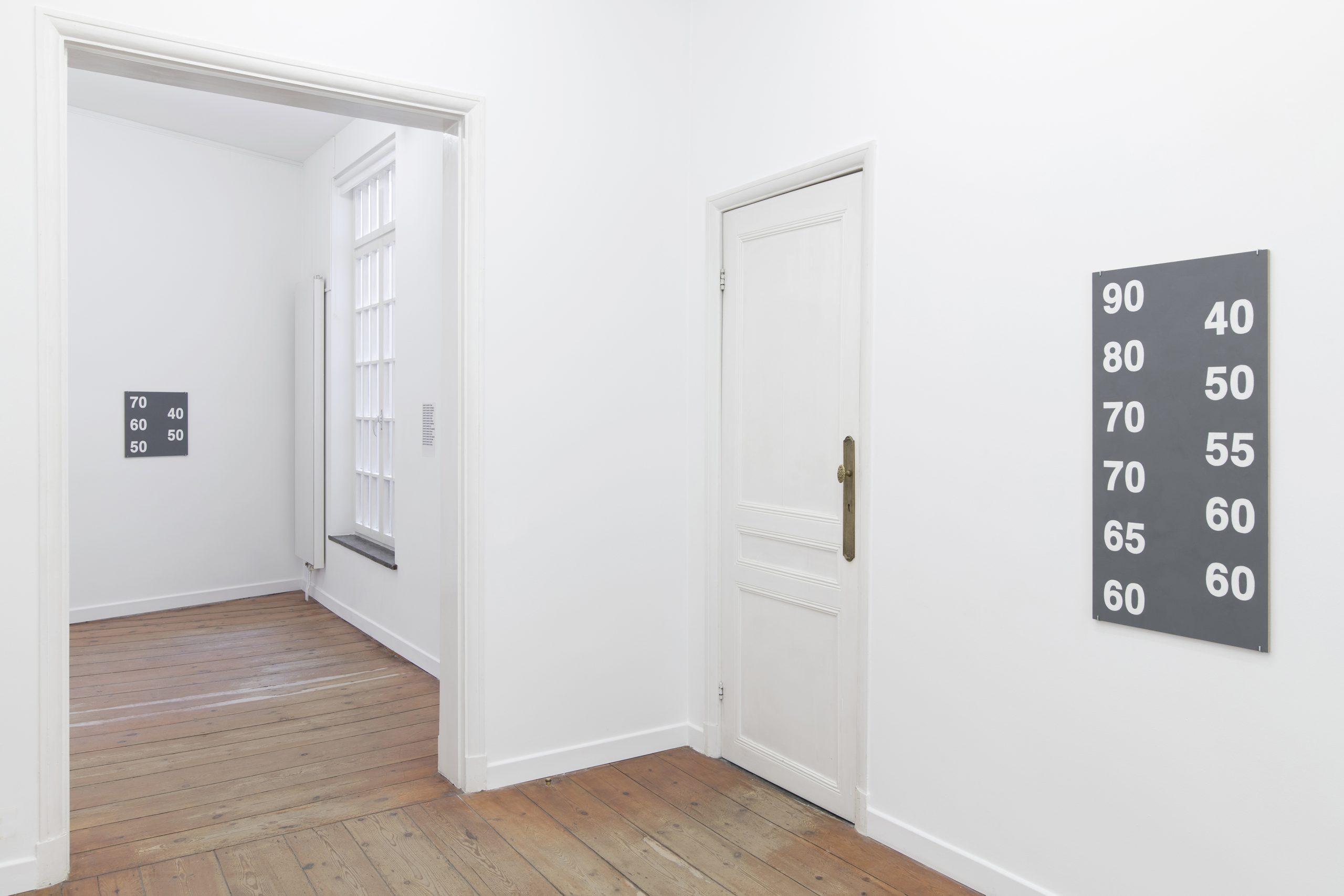 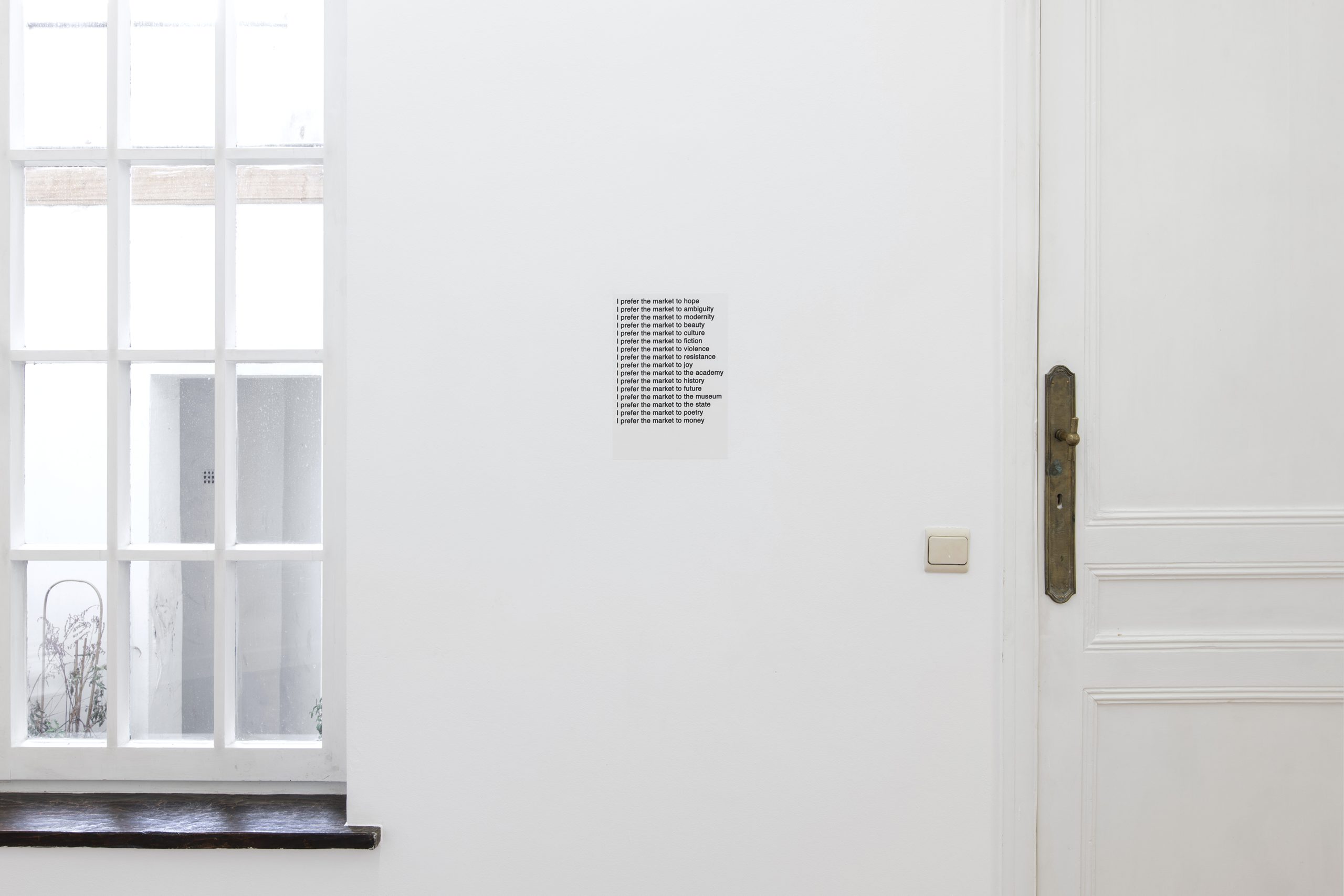 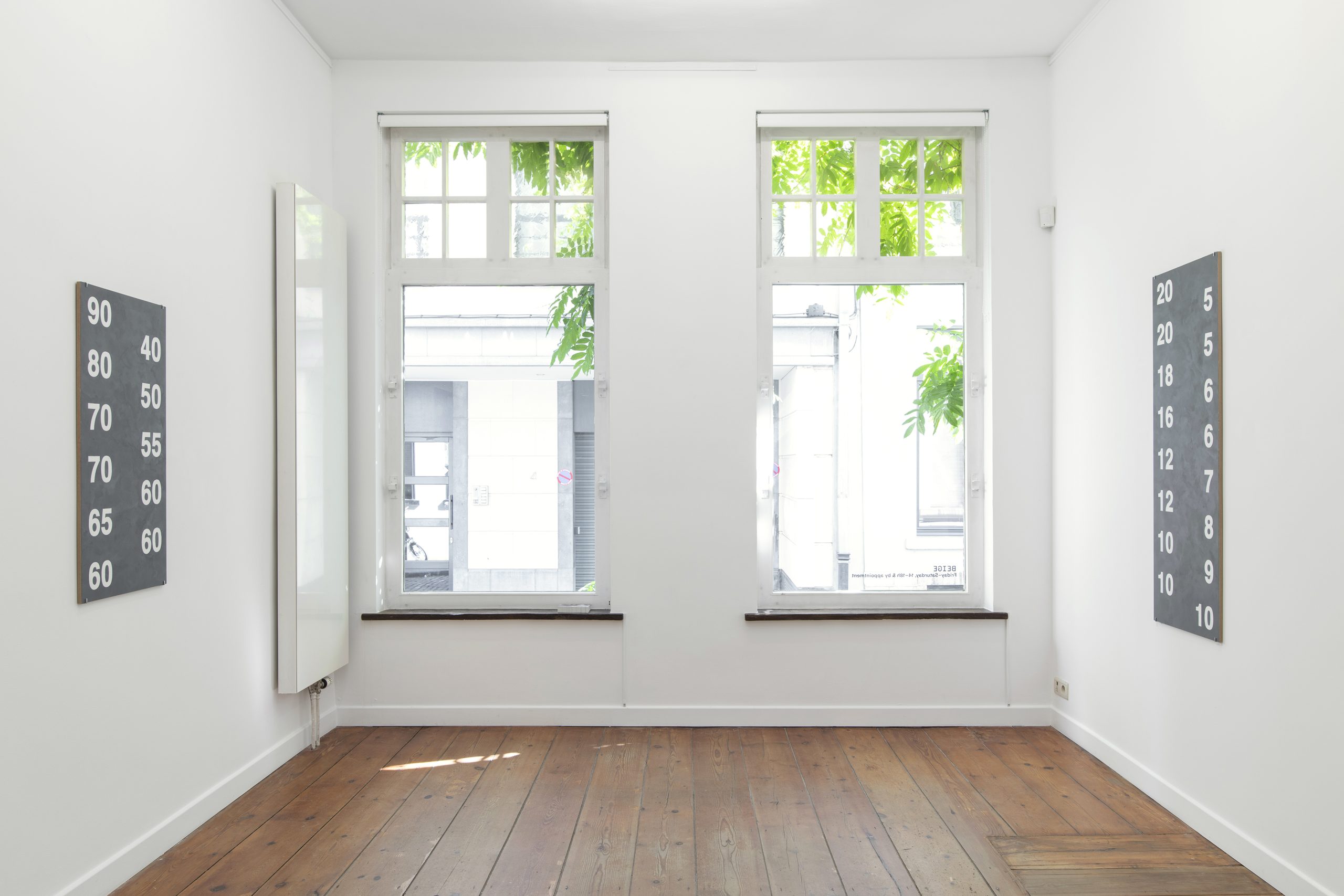 Oriol Vilanova (°1980, Manresa, Spain) lives and works in Brussels. His artistic practice is developed through the context of the (flea) market, which he visits ritually while building a collection of postcards. This process functions as a ‘thinking machine’ for his fundamental questioning of political, cultural and economic mechanisms inherent to the construction of a collection. His witty conceptual play results in installations, performances and theatre-performances, but equally in artist’s books and printed matter.

For his show at BEIGE, Vilanova reconstructed the bargaining act at the flea market. The exhibition’s title ‘the end of the ancient world’ touches on themes such as the economic recession, and the dominance of numbers in our daily lives. In a typical deadpan manner, the artist recalls the price negotiation between the seller and the buyer in two communicating columns with numbers. It visualizes the dynamics of the process and the performative act of the transaction.

The work of the artist resonates strongly with the work of other conceptual artists. The minimal paintings are hand painted on wood referring to the wooden signs used on the market. Yet when one looks closely at the painting, one discovers the painterly quality to the surface.